If you have ever worked in Japan, you may receive benefits from Japan.

Eligibility requirement for benefits, based on Social Security Agreement.

Japan has concluded Social Security Agreement with those country..

To qualify for benefits under Japan Social Security program, you must have covered
at least 25 years. Accordingly, you may not be eligible for benefits even if you contribute to the program.

How to totalize coverage periods

In the same way, in order for you to satisfy coverage period requirements for survivors' pension and disability pension, you may be able to totalize your countries and Japanese period.

Basically you have to apply for your benefits yourself. Bank or your company, Japan Pension Service do not take action automatically.
Rescue Overseas Pension is a team of attorney of Social Security in Japan. When you live outside Japan, we can apply for your application of Pension benefit perfectly, on behalf of you.
If you have any questions, please inquiry, not to hesitate. 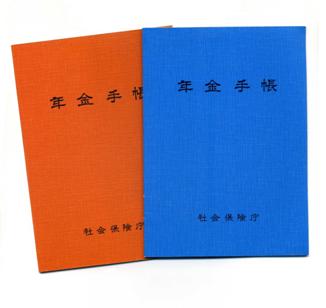 Do you have Pension booklet ?

Pension booklet is called "Nenkin Techo" in Japan.
If you have these Pension booklet, you are/were definitely insured.
Because when you are insured, you receive Pension book from Japan Pension Service office (or Employer) at the beginning of insurance cover.
In this booklet, your name, birthday, Social Security number (called Kiso Nenkin Bango) are indicated. Very important for applying Pension Benefits in Japan.

If you don't have, have already lost it, or you don't know that your are/were insured in Japan, please contact

us. We can survey about your status and to request re-issue for you.

Reimbursement : Lump-sum payment
(If there is not social security agreement) 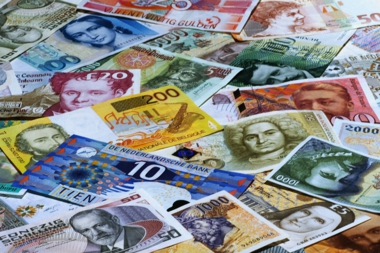 You can apply for the lump-sum withdrawal payments if you have the Japanese public pension coverage periods for 6 months or longer. Once you receive your payments, however, your coverage periods for the basis of the payments entitlement will no longer be valid to apply for other Japanese benefits. Please read the following notes carefully and consider whether you claim for the lump-sum withdrawal payments or not after due consideration of pension benefits in the future. Receiving the reimbursement means that you are no longer entitled to any benefits from Japan Pension.

Note 2. You may be qualified for the totalization benefits under Japanese system as well as foreign system if you have qualifying coverage periods under pension systems of countries with which Japan have totalization agreements, subject to each qualification conditions.
【As of March 2012, bilateral agreements between Japan and the following countries have remained in force and effect : Germany, the United States, Belgium, France, Canada, Australia, Netherlands, Czech, Spain, Ireland, Brazil and Switzerland.】
Once you receive your payments, however, your coverage periods for the basis of the payments entitlement will no longer be valid to apply for other Japanese benefits.

< Japanese Pension Program >
Japanese pension Program has 2 systems. One is Employee's Pension insurance (EPI) for permanent workers, another is National Pension (NP) for persons residing in Japan aged 20 to 59, like self-employers, students, part-time workers and so on. Both of them require to contribute insurance fee every month for insured persons.
<Minimum period requirement for benefit of old age> NP : age 65 at least 25years of contribution. The full pension is paid with 40 years of paid contributions. EPI : age 60 at least 25 years of contributions. (rising gradually age 65 by 2025 (men) and 2040 (women).
<Benefit adjustment> Benefits are automatically adjusted annually according to changes in the cost of living and wages in every April.
<Standard amount of benefits 2013> NP : monthly JPY 65,541 (full pension for 40 years.)
EPI : monthly JPY 230,940 (monthly for couple, calculated, based on average salary JPY 360,000 for 40 years with house work (no-salary) wife.)